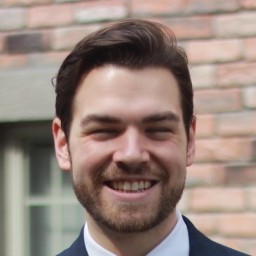 You don’t just want to just use English in the classroom, you want to talk to people in real life. But that seems really difficult.

How much English do you need to learn?

How much do you need to practice?

How can you know that you’re ready?

The thing is, a lot of people focus on learning English, but they miss the most important step to actually talking with foreigners.

If you take this first step, even if you don’t learn any more English, your chances of actually talking with foreigners is a lot higher. Maybe three times as much!

So, what is this first step?

But up until that point, we had only been studying in the classroom. I hadn’t really been talking with anyone other than my teacher.

“Arthur, I’m having a get together at my house with my friends, and I want you to come.”

This was going to be an event where there would be many Japanese people, where I would have chances to talk with people. Now, I was really scared and I couldn’t speak that well.

But I thought I would go anyways.

For about one week I waited, and I was so scared!

I was afraid my Japanese wouldn’t make sense, that I wouldn’t be able to talk with people, that I would just make them bothered. I had never done something like this before. I couldn’t even really picture it in my mind.

And then that day came.

And when I first entered, I was so scared and so worried that things would not go well.

But then I realized something interesting:

The longer I spent in this place, the more I got used to it. The less scary it was.

At first I didn’t talk to people so much. I just looked around and saw what was happening.

And I was able to imagine what it would be like if someone tried to talk to me. And that night I actually had some pretty nice conversations in my really bad Japanese.

Pressfield in his book “The War of Art,” I think the Japanese name is “やり遂げる力,” talks about the difference between people who want to write a book, and people who actually write a book.

Why is it that some people want to write a book and never do, and other people actually do it?

He says it comes down to one thing.

The people who actually write a book, they sit down to write everyday. They do something I call “Show Up.”

Show up literally means “姿を表す,” but in this case, what I mean is “you arrive to do something.” This is also the reason why so many people say they want to talk with foreigners, but never actually do.

It’s because they never show up. They never put themselves in a situation where they can talk with foreigners. They always focus on their grammar, learning new phrases, natural explanations, practicing their hearing,

They never actually show up in situations where they can talk with people.

Even if your English isn’t that good and you can’t listen to native English very well, just by showing up, going to a place where there are a lot of foreigners, you have a much higher chance of actually talking with people.

Now, when you show up, you don’t have to talk with someone.

In fact, expecting that you WON’T talk with someone makes it a lot easier. The most important thing is just to go to the place, to arrive at the place, to look around, get used to the situation.

The most important thing is just to show up. You can worry about speaking later.

I can’t say this enough.

If you want to not just learn English, but actually talk with people, the first thing you need to do is just show up.

I have an assignment for you: This week, let’s all show up together.

Pick a place in your area that has a lot of foreigners. Maybe it’s a tourist spot, a temple, a cafe, a park, a bar, and then I want you to schedule 30 minutes in your calendar where you will go to that place and show up.

The distance between you and talking with foreigners will get a lot smaller. You’ll get used to the situation, it won’t seem so scary. And you’ll start to build a little bit of confidence.

This week, let’s show up together. Where are you going to show up this week? Let me know in the comment box below.

Showing up is just the first step.

Do you want to take the next step and actually talk with foreigners you see in real life?Well, I created a special lesson series just for that.

You’re going to learn the three principles, the ３つの原則 that you can use to confidently talk with foreigners that you see in real life. For more information, you can click up here, or you can click the link in the box below.

I’ll see you next time.